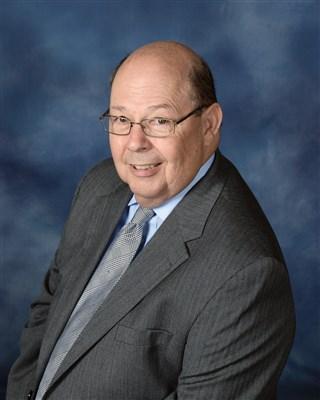 Don is a native of Gadsden Alabama. He graduated from Gadsden High School in 1961. Birmingham-Southern awarded him a Bachelor of Arts degree in 1965. Candler School of Theology at Emory University, Atlanta awarded the Master of Divinity degree in 1968. The North Alabama Conference ordained him as Deacon in 1966 and Elder in 1968.

The Gadsden District Licensed Don to Preach in April 1960. His first appointment was at Cedar Hill, Leesburg. Some of his other appointments include Mentone, The Susan Moore Parish in Blount County, Director of The Upper Sand Mountain Parish, Fairview, Birmingham, St. Mark, Anniston, Vernon First Church, Pleasant Grove, Pleasant Grove Alabama, Center Point First, Wesley Memorial, Decatur, and Jasper First. Don was District Superintendent in Tuscaloosa and Albertville from 2000 to 2006. His final appointment as an active Elder was as Executive Director of The Board of Ordained Ministry and Superannuate Homes from 2006 to 2014. In retirement Don has served as the Interim Minister at Leeds First and led Intentional Interim Ministry training sessions in several annual conferences.

Kelley Clegg Neal, an Elementary School Teacher at Susan Moore in Blount County and Don were married on August 15, 1980. Kelley and Don had worked together in Youth Ministry at Camp Sumatanga for several years before marriage. Their daughter Mary Elizabeth was born in 1983 while they lived in Anniston. Mary Elizabeth is presently on the staff of Highlands United Methodist Church, Birmingham working in the areas of children’s, youth, and music ministry. Kelley works extensively in the areas of worship, music, and children’s ministry at Trussville First United Methodist Church

Don enjoys preparing for worship, serving with others in worship leadership, preaching and getting to know both the church and the community where the church serves. His several years of working to help individuals find their way into ordained ministry through the United Methodist Church helped develop a sense of joy in watching individuals discover gifts and grace God has for them and develop those gifts in service to others through the Church!

“I look forward to meeting and getting to know the congregation of Piedmont First United Methodist and serving God’s Kingdom as we serve together through 2018 and into 2019. It is a privilege to be part of this great church’s ministry as Rev. Kevin Payne is sent forward with our love and support for the important work that is his with some of our military!”